The title doesn’t make sense does it? However, you read it right. There was a protest to prevent teenagers from participating in a world sporting event for….TEENAGERS.

I could understand if these teenagers had committed a terrible crime of murder or assault but that is not the case. These teenagers were innocent females, mostly 15-16 years old.

The only crime these teenagers apparently committed was that they are Israeli. How ridiculous! These girls did not choose where they were born or their nationality. It is completely racist to punish anyone, let alone these girls, for their race and nationality.

The Scottish Palestine Solidarity Campaign (SPSC) is fueled with hatred so much so that they tried to prevent an Israeli teenage Lacrosse team from taking part in the Women’s Lacrosse World Championships.

A representative of SPSC, Angus Maclean, said: “For 67 years Israel has defied international law and Palestinians are calling on civil society and grassroots organizations to take a stand against ethnic cleansing and genocide…We will be present at each of the matches to protest and send a clear message that Israel’s involvement in this, and any, international sporting event is unacceptable.”

The girls are under 19, not 67 years old. You surely cannot hold them or any other sporting figure/Israeli citizen responsible for the actions of their country (whether the actions are true or false).

Israel has also not defied international law for 67 years. 67 years ago, in 1948, the State of Israel was created via the UN partition plan. The only thing that Israel has done against SPSC’s will in the last 67 years is exist.

I’m not even going to comment on the words genocide and ethnic cleansing which is extremely insulting and incorrect but what I will say is that BDS activists who try and prevent Israeli citizens from taking part in world sporting events are ethnic cleansing Israelis from sport.

In order to prevent the Israeli under 19s Lacrosse team playing in the world championships, SPSC came up with a strategy; stage a protest, and write letters to Jim Aitken, Director, University of Edinburgh Centre and Oliver Barsby, Chair, Lacrosse (Peffermill Sports Centre).

The letters clearly weren’t taken seriously seeing as the Israeli team were allowed to participate. The protests also didn’t turn out how they imagined.

On a Facebook event page, only four people signed up to take part in the protests.

The protests themselves, didn’t attract many more. 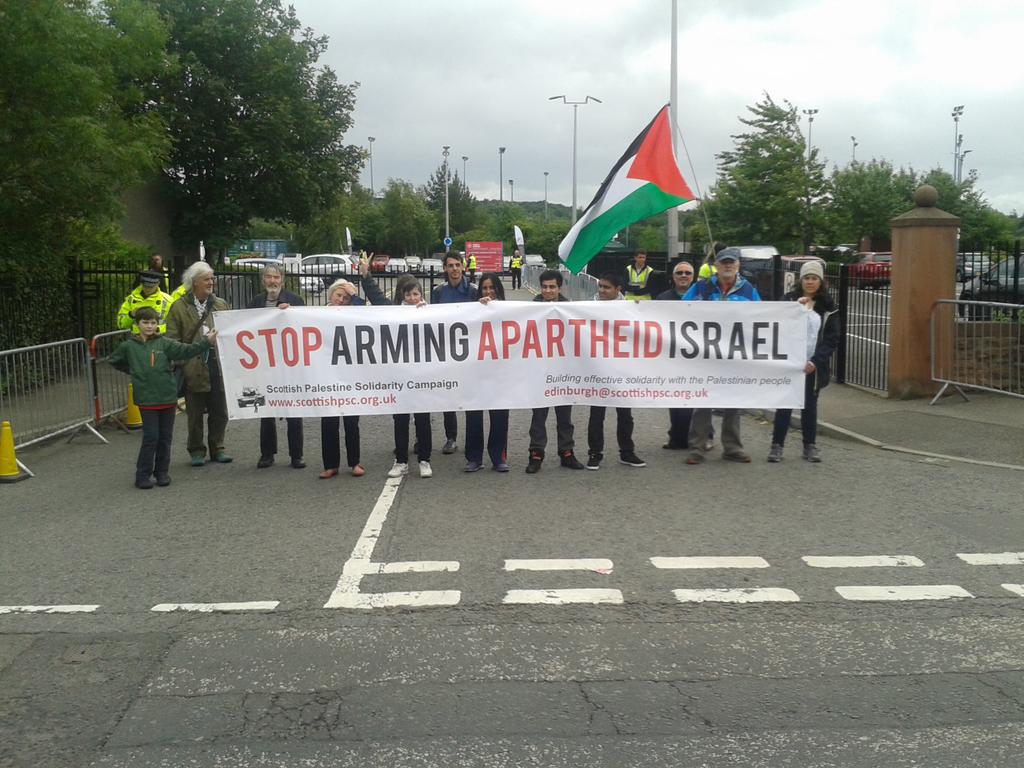 To reiterate Edinburgh Friends of Israel’s statement on the change.org website “We need to show that campaigns based upon hatred and vilification have no place in events hoping to strengthen international goodwill and develop lasting friendships.”

“Tel Aviv and Gush Dan… are next. The first barrage to hit Tel Aviv will surprise Israel.”